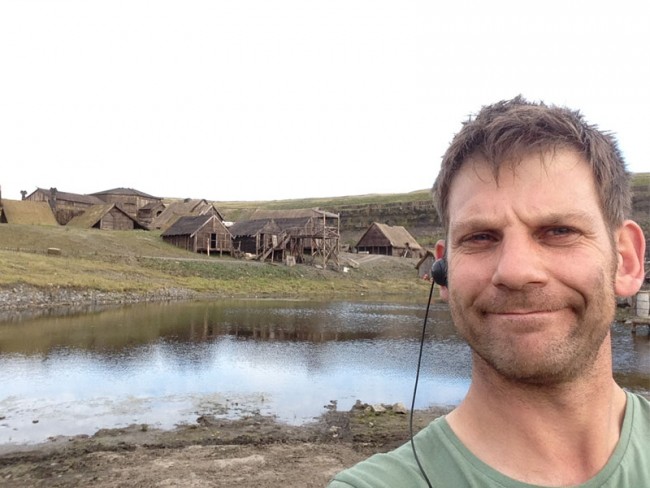 In March 2015, ITV began to film one of the company’s biggest dramas in their history, the multi million pound epic family drama based on the ancient Anglo-Saxon poem, Beowulf.
The program required all the usual elements typical of a period drama, costume, makeup, production services and of course special effects.
The visual effects that include set extensions and the multitude of CGI creatures were handled by the MILK visual effects company, the practical elements handled by the Rowley FX team for whom I freelance with.
We took on a whole variety of work, the huge exterior sets built in Co Durham and Northumberland needed to be brought to life with smoke elements, braziers, smelting pits, fires and atmosphere. We also worked alongside the visual effects boys and the stunt co-ordinator to achieve other practical gags.
The studio workload was equally massive, particularly the huge interior of the Great Hall. There were dozens of sconces, braziers and other flame elements to keep on top of as well as having haze machines running too.
Filming finished in early October, the drama aired early in the New Year to mixed reviews. Too many people compared it to Game of Thrones which was a little unfair. Game of Thrones is a very intense, gorey, highly political drama for adults, Beowulf was a family drama. Perhaps too simplistic, perhaps it deviated from the original story too far? Whatever the reason, the viewing figures were not high enough for the series to be picked up for a second season. Shame, but I’m proud to have been a part of it. 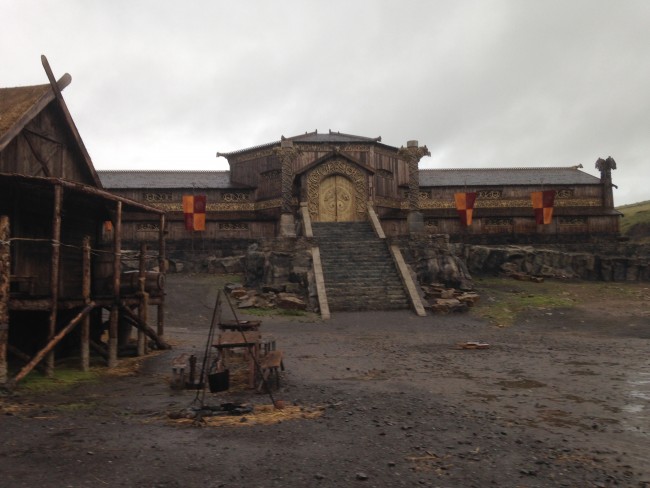 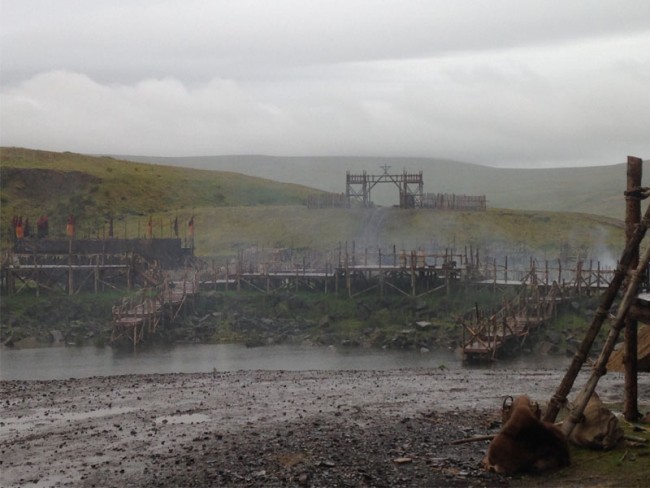 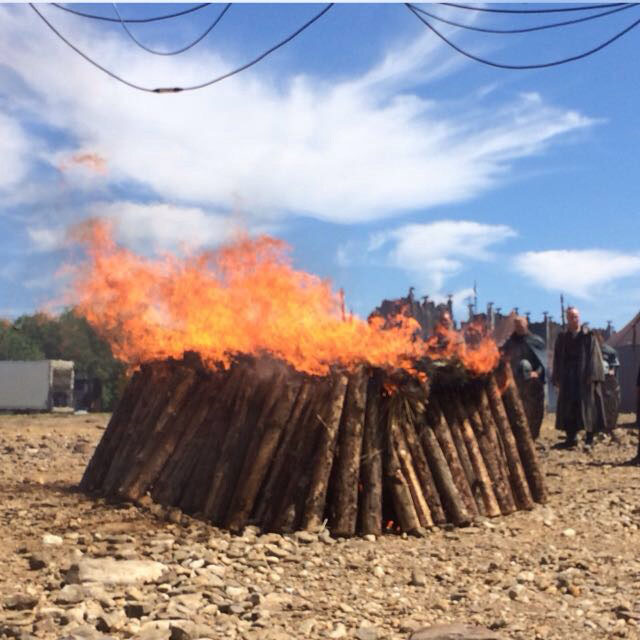 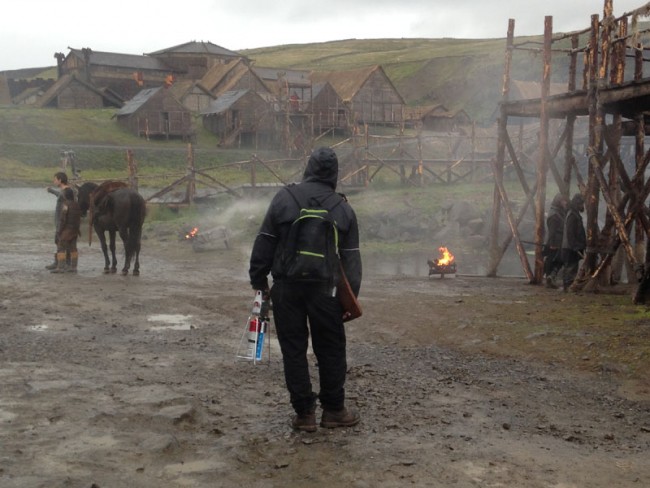