So here it is…. my showreel.

Posted in Blog | Comments Off on 2011 Showreel

My Site is Finally Live!

Okay, it’s taken a little while, but my site has finally gone live. Bear with me over the next few weeks while I fill it up with meaty goodness!

I provided some nasty ‘out of the kit’ make up effects for newcomer James Cook’s psychological horror “Together”.

My involvement came late in the shoot of this new short film. I was asked to create two main make-ups. The first being a facial acid burn, the second was to create the effect of letters being carved into the victims skin.

James hopes his film gets to have it’s premiere at the Berlin film festival next year. Fingers crossed that it’s a huge success.

Posted in Portfolio | Comments Off on Together 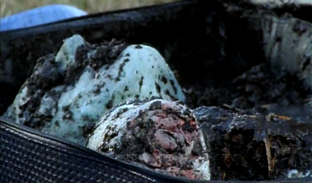 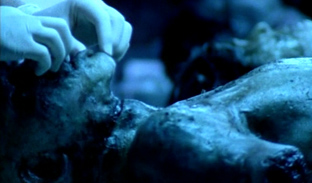 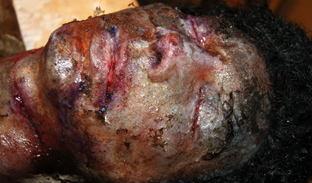 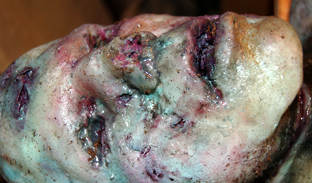 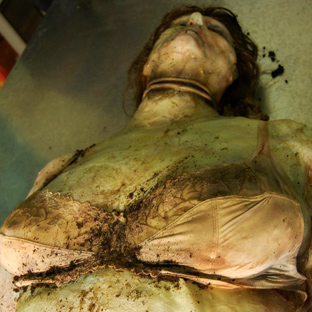 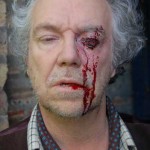 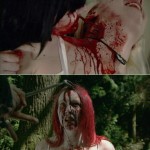 Posted in Portfolio | Comments Off on Zombie Women of Satan 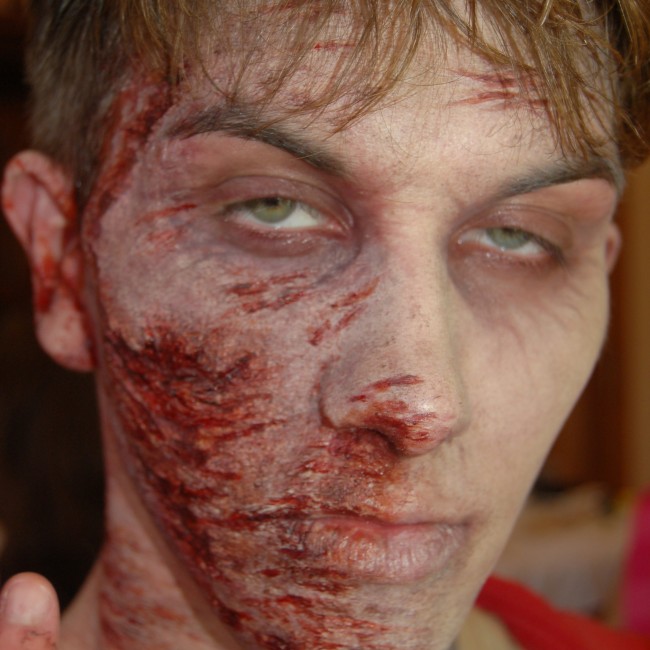 The award winning short film GhostStreet was the brain child of Newcastle upon Tyne based production company Dene Films.

The film tells the story of the supernatural and other worldly events that a girl experiences after she is knocked over by a speeding motorist when making her way to school.

The film featured a number of make-up challenges which where designed and created by leading make-up artist Michael Birtley. Knowing that he had a huge workload and wanting to do something spectacular Michael gave me the call to help him create the ‘skater boy’ make-up effect. 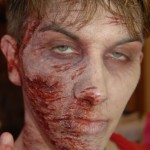 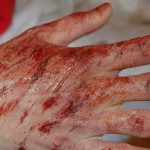 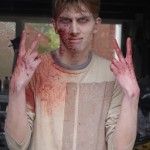 So I helped Michael take a lifecast of the young actor, Lee Fox Williams. from that I sculpted up the face appliance that was later cast from gelatine. I then assisted Michael to apply the make-up, additional cuts and grazes were created with the use of Bondo, a mixture of Pros-aide adhesive and Cabosil.
Posted in Portfolio | Comments Off on Ghost Street

This was a project that I decided to take on purely on the bases that I have always wanted to create a werewolf.

Dense Fear and Dense Fear 2 are both written and directed by Newcastle born Tony Gardener. The films have become a labour of love for Tony which he has been making over several years. Much of the film Dense Fear 2 had been shot before I became involved. I originally was going to supply Tony with a few simple make-ups and a werewolf puppet head that I had sculpted for a personal project several years earlier.

However publicity got involved, professional film making friends took an interest and became involved and suddenly I was nolonger just doing a few bits and bobs, I was now creating a full transformation on a very low budget. 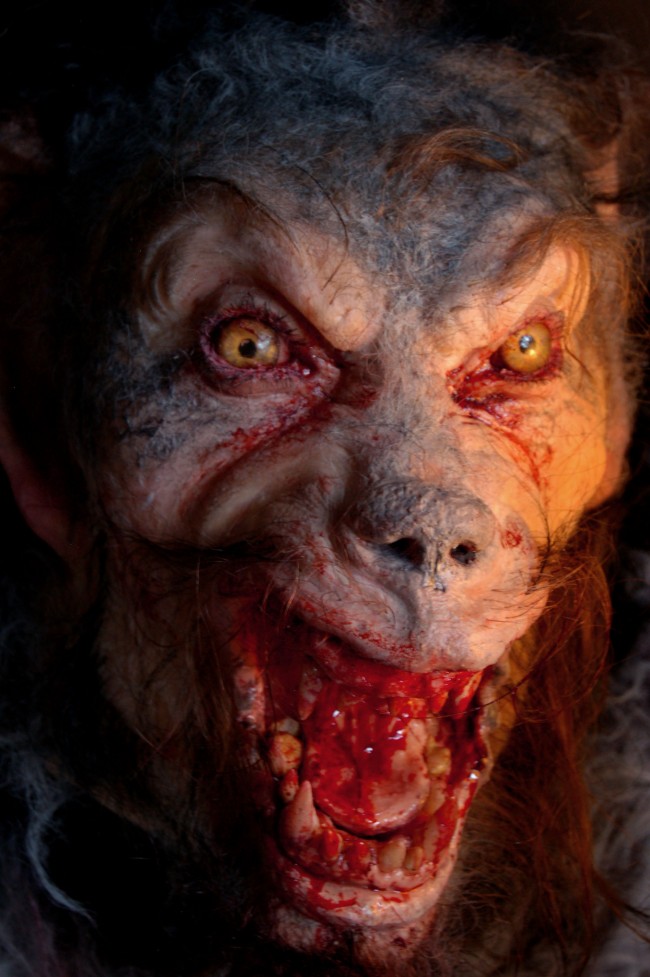 Impossible? Realistically yes, but if you’re willing to put in the time (5 months unpaid evening work) the impossible for low budget films became possible and Tony got to reshoot his transformation. The full sequence will be showcased on here soon…I hope 🙂 Hurry up Tony and finish the film.
Below you can see ‘The Making of’ film, and some workshop images, cheers guys!

Some making of pictures! 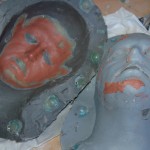 GRP moulds before cleaning, to be ready to fill with silicone gell. 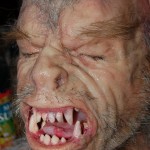 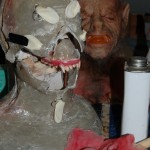 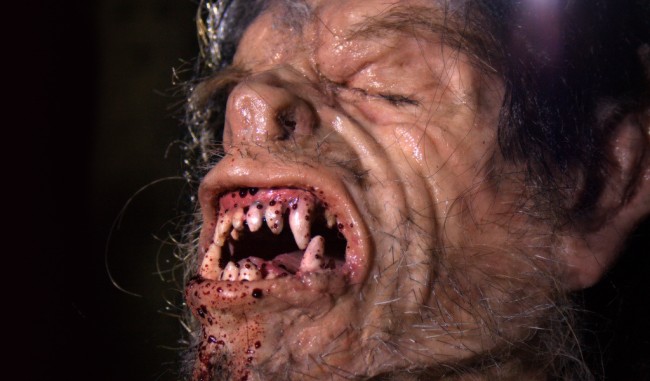 Here it is….this is the graded version to match Tony’s film, their is a higher resolution version on Vimeo which I hope to add in the future.

Their is a load of things I’d do differently next time should I be lucky enough to get the chance, from better materials, better hair work, better this and better that. Hope you enjoyed and you can see Tony’s full length feature on YouTube.

Posted in Portfolio | Comments Off on Dense Fear